Book 8 in the 12-book series that has sold over 63 million copies!

Read the books that launched a cultural phenomenon!

“This is the most successful Christian fiction series ever.”
—Publishers Weekly

“Call it what you like, the Left Behind series . . . now has a label its creators could have never predicted: blockbuster success.”
—Entertainment

Are you ready for the moment of truth?And that’s just the beginning . . .
of the end of the world.

The 12 books in the series by New York Times best-selling authors Tim LaHaye and Jerry B. Jenkins cover the events of biblical prophecy surrounding the rapture and the seven-year period known as the tribulation that follows.

The Mark: The Beast Rules the World
His Excellency Global Community Potentate Nicolae Carpathia is back, this time as Satan. Resurrected and indwelt by the devil himself, the beast tightens his grip as ruler of the world. Terror comes to believers in Greece as they are among the first to face a GC loyalty mark application site. The gloves are off, as the forces of good and evil begin a battle for the very souls of men and women around the globe. 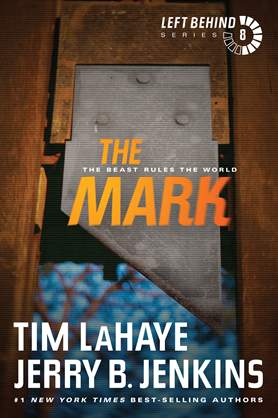