This collection combines all three books in the FBI Task Force series into one e-book for a great value!

#1 Deadly Encounter:
Airport Ranger volunteer Stacy Broussard expected a peaceful Saturday morning ride around the perimeter of Houston’s airport. What she encounters instead is a brutal homicide and a baffling mystery. Next to the body is an injured dog, the dead man’s motorcycle, and a drone armed with a laser capable of taking down a 747. Though FBI Special Agent Alex LeBlanc sees a clear-cut case of terrorism, his past has taught him to be suspicious of everyone, even witnesses. Even bleeding-heart veterinarians like Stacy. But when her gruesome discovery is only the first in a string of incidences that throw her life into a tailspin, Alex begins to wonder if Stacy was targeted. As a health emergency endangers Stacy’s community, and the task force pulls in leads from all directions, Alex and Stacy must work together to prevent another deadly encounter.

#2 Deep Extraction:
A pacemaker should have saved oil and gas magnate Nathan Moore’s life. Instead, it provided his killer with a seemingly perfect means of execution. A bombing at one of Nathan’s oil rigs days earlier indicates his death could be part of a bigger conspiracy, a web Special Agent Tori Templeton must untangle. But her first order of business is separating the personal from the professional—the victim’s wife, her best friend, is one of the FBI’s prime suspects. Clearing Sally’s name may be the biggest challenge of her career, but Tori finds an unexpected ally in the newest member of the task force, recently reinstated Deputy US Marshal Cole Jeffers. As Tori and Cole dig deeper into Nathan’s personal and business affairs, they uncover more than they bargained for. And the closer they get to finding the real killer—and to each other—the more intent someone is on silencing them for good.

#3 High Treason:
When Saudi Prince Omar bin Talal visits Houston to seek cancer treatment for his mother, an attempt on his life puts all agencies on high alert. FBI Special Agent Kord Davidson is the lead on the prince’s protective detail because of their long-standing friendship, but he’s surprised—and none too happy—when the CIA brings one of their operatives, Monica Alden, in on the task force after the assassination attempt. Kord and Monica must quickly put aside interagency squabbles, however, when they learn the prince has additional motives for his visit—plans to promote stronger ties with the US and encourage economic growth and westernization in his own country. Plans that could easily incite a number of suspects both in the US and in countries hostile to Saudi Arabia. Worse yet, the would-be assassin always seems to be one step ahead of them, implicating someone close to the prince—or the investigation. But who would be willing to commit high treason, and can Kord and Monica stop them in time? 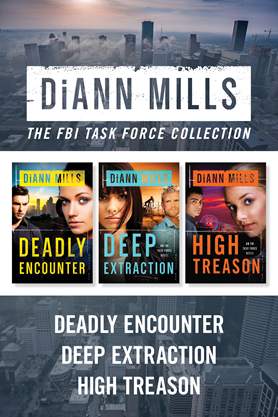