This collection bundles all three of DiAnn Mills’s exciting Call of Duty novels into one e-book for a great value!

Breach of Trust (2010 Christy Award winner! 2010 Inspirational Readers Choice Award winner!):
Paige Rogers is a former CIA agent who lost all she treasured seven years ago when her entire team was killed in a covert mission. She blames their leader—Daniel Keary—whom Paige believes betrayed them. Disillusioned and afraid for her life, she disappeared and started a new life as a small-town librarian. But when Keary announces his candidacy for governor of her state, he comes after Paige to ensure that she won’t ruin his bid for office. He threatens everything she holds dear, and Paige must choose between the life of hiding that has become her refuge . . . Or risking everything in one last, desperate attempt to right old wrongs.

Sworn to Protect (2011 Christy Award winner!):
Border Patrol Agent Danika Morales has sworn to protect the southern borders of our nation, but that oath has cost her. Two years ago, her husband, Toby, was killed trying to help the very immigrants Danika was responsible for sending back to Mexico. His murder was never solved. But now, a recent string of attacks and arrests leads her to believe that someone in McAllen is profiting from sneaking undocumented immigrants into the country . . . and it may somehow be tied to Toby’s death.

Pursuit of Justice:
Special Agent Bella Jordan is assigned to investigate a series of murders in West Texas that are linked to the Spider Rock Treasure. Since she spent the first fifteen years of her life in this area, FBI authorities believe she can get the job done. What they don’t know is that one of their prime suspects—a man who’s been on their wanted list for years—is deeply connected to Bella’s past.

The other prime suspect is Carr Sullivan, the man who owns the ranch where the murders occurred. Carr was once one of the wealthiest businessmen in Dallas and has a shady past a mile long. But it appears he’s turned his life around. Can Bella trust him, or is he just trying to cover his tracks?

As Bella probes deeper into the case, threats on her own life convince her the killer is someone she knows. But it soon becomes clear he’s not working alone, and she’ll need to face the past she’s tried so desperately to forget in order to solve the case and prevent more murders. 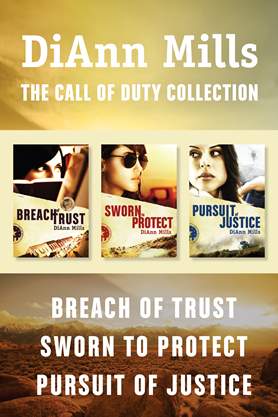