What if our exhaustion, burnout, and pain are an invitation into a more vibrant faith?

Christianity is fighting for its soul. We’ve enjoyed the benefits of power and privilege for so long that many of us have forgotten the radical way of Jesus. But we have been here before. And there is a way through. Within a few hundred years after the death and resurrection of Jesus, Christianity emerged as the dominant religion of the Roman Empire. Where it once took courage to be a Christian, suddenly it was easy, and the radical way of Jesus was being lost. Toward the end of the fourth century, a group of men and women began to withdraw from the halls of privilege and power into the desert to rediscover the essence of Jesus Christ. The stories and examples of these desert fathers and mothers are recorded for us. And their lives still speak by as they teach us:
The desert fathers and mothers found a way to live radically, humanly, and beautifully in a spiritually desolate and confusing time. So can we.

Streams in the Wasteland is for all those who thirst for a better way—the radical way of Jesus amid the desert of our age. 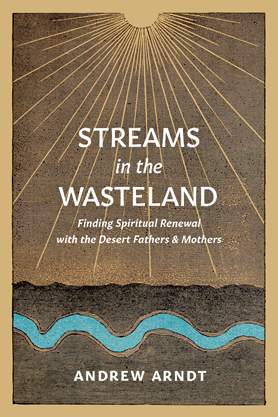