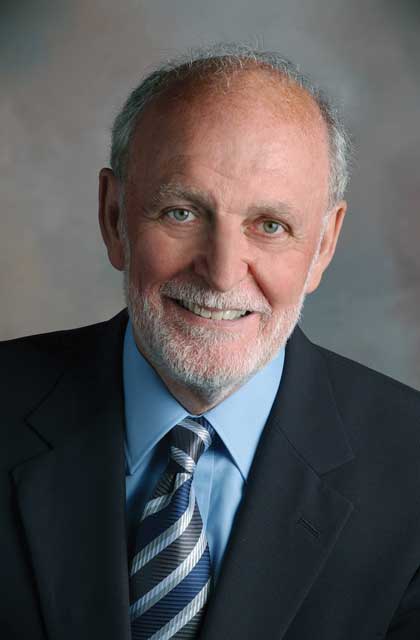 Stuart Briscoe was born in Millom, Cumbria, England in 1930, graduated from high school at the age of 17, and promptly embarked on a career in banking. He studied law, economics, and accounting in his spare time and eventually became personal assistant to the chief inspector of the bank. Also at the age of 17, he started to preach. For 12 years, preaching and his banking career kept him fully occupied.

During the Korean War he was drafted into the Royal Marines. In 1959, he and his wife, Jill, a school teacher, left the business world to share in the ministry of the Torchbearers—a youth organization reaching out to the far corners of the world. Stuart's travels took him all over the world, while Jill looked after their three children: David, Judy, and Peter.

In 1970, Elmbrook Church in Brookfield, Wisconsin, U.S.A,. asked Stuart to become pastor. The church has since grown to a weekly attendance in excess of 7,000 and has planted 8 sister churches in the Milwaukee area. Elmbrook's TV and radio ministries, Telling the Truth, feature Stuart and Jill and are widely broadcast. Stuart's ministry is further extended by his extensive video and audio tapes and more then 40 books. After 30 years as senior pastor at Elmbrook Church, Stuart stepped down. He and Jill have assumed the roles of ministers-at-large on Elmbrook's church staff.

Various schools have honored him with honorary doctorates, and God has blessed Stuart and Jill with 13 grandchildren. He has preached in more than 100 countries and is invited to minister to pastors, missionaries, and church lay leaders on all continents.

In his spare time he likes to read, run, garden, and enjoy God's creation.

All Products From Stuart Briscoe

The One Year Devotions for Men